10 Ways to Know A Loved One Smokes Pot 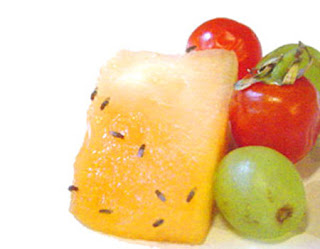 In Which Your Obedient Servant Begins His Misspent Youth

I have absolutely no idea what put this memory back in my brain, but one summer evening when I was about 4 (I had yet to start school, I know that at least), my dad was chasing a yellowjacket around the dining room with a rolled-up magazine and an attitude. I made the mistake of either bugging him, or perhaps getting too close to the bee, but whatever it was, it caused my dad to...

to yell at me. And I wasn't hurt, or embarrassed, I was PISSED. I decided that I'd had enough of living in this house, where even though every one of my needs, and many of my wants, were met, fuckin' nobody yells at THIS dude and gets away with it. I was going to extract my revenge for this unpardonable insult to the glory that was me.

In an eye-blink instant, I knew what to do, and I did it.

I will admit that, in the heat of the moment, the practical realities of a 4 year old boy being on the road, without transportation, food, shelter, fire, or protection had yet to impress themselves upon me. None of that mattered though: I had escaped from under "Daddy's" oppressive thumb and was my own man. Or, at least, my own boy.

That is, until the magnitude of what I had done, the sheer weight of it, came down upon my shoulders like a ton of Frosted Flakes, which was at the time the densest substance I had any experience with. I had run away. Jeezum Crow (remember, I was 4)! What in the heck was I gonna do now?

I sat down in a patch of grass where I had been walking and put my head and arms on my knees. The more I thought about it, the more I realized what kind of an untenable situation I had put myself into. I wept a little for the hardness of the world, fought off panic as best I could, and wondered what I was going to do with myself. Could I even find my way home?

Well, the answer to that one was yes, as I was still on my front lawn, but I think the fright was none the less real. After all I had still done the deed - my status was "runaway," for when I was, I don't fuckin' know, caught and sentenced, but that's what I was thinking. I was a runaway. And starting now, I needed to provide my own path through life. I took a deep breath, steeled my nerves against the difficulties ahead, and formed a plan.

I had to find shelter for the evening. It would be dark in, I don't know, maybe five hours, and dinner was sooner than that. Think long-term later, Gary. Now's the time to address the basic needs, and we'll deal with the rest as it comes.

Like a trapped animal, my eyes started scanning my surroundings, looking for opportunity. And an opportunity was found, as if Divine Providence Herself had presented it.

This opportunity came in the form of my across-the-street neighbor, Mrs. D----. My tender age prevented me from grasping the subtle dynamic of the relationship between our two families (they hated us like poison, and we hated them like tax forms and dental work combined); all I knew was that she was outside, painting a wall that used to be a 2nd garage door, and could help me. And she was across the street, and she was a woman, and I knew she could help me. She would succor me in my hour of need, I just knew it. I would just present her the facts, and she could make no other ethical decision. It was going to be a triumph of logic and reason. I would conquer my emotions. I would swallow my pain. And hopefully some of her American Chop Suey.

I walked across the street. I looked both ways.

I had slipped the surly bonds of my property. I was officially on foreign soil.

Taking a direct approach (I had yet to develop the finely-honed sense of subtlety that has marked so many of my subsequent human interactions), with purposeful stride I marched right up to her. It was now or never. In life, you never get what you deserve, Gar. You get what you ASK FOR. I opened my mouth to speak. I knew just how much was riding on this. I needed to strike the proper tone.

"Can I stay with you?" I asked. BOOM. I had done it. I exhaled in relief and the removal of the weight from my shoulders. Sweet triumph! I had procured shel--

"No," she said, and went back to her painting, not giving me so much as a pitiable glance.

I was officially out of options. And I was now alone, scared, and hungry, with no prospects for a place to fill my belly or lay my head. I knew what I had to do.

I turned around, defeated, and turned my face towards home. I was a sadder boy, but also perhaps a wiser one. My thoughts were occupied with what I was going to say to walk back my searing anger, to swallow the injustices heaped upon my young body.

I walked back across the street. I looked both ways.

I was back on native soil, and whatever else could be said for having a daddy that yells when you get too close to a bee, at least there was a bowl of American Chop Suey and a bed waiting for you.

Total time, front door and back again? Less than four minutes. Dad was still chasing the goddamn bee with a rolled-up magazine. He didn't even know I had left the house.

All was not lost, though. I learned a valuable takeaway from the whole experience: namely, that Mrs. D---- was a douchebag.
Posted by crafty at 3:04 AM 1 comment:

Update, and some news

Rightly or wrongly I think every post should begin with an update on my health. So this update is: mostly positive. I'm heavier than I should be, but I've kept the weight off that I lost while in the hospital/rehab. I've stopped taking any kind of pain medication - no tramadol, no opiates, no nerve pain meds, nothing. That was, in truth, an ugly couple of weeks, and a month or so of light sleep, but I just decided I'd had enough, so I gritted my teeth and just fucking did it.
.
It was the anti-cholesterol drugs that were making me feel fatigued and dragging, so I stopped taking them. My doctor prescribed fenofibrate, an older, non-statin type of anti-cholesterol drug, and though that had the same side effects, they weren't as pronounced as with the statins. If I take one every other day I can tolerate it reasonably well.

As for the effects of the stroke itself, it's pretty accurate to say that there aren't any. I'm playing the guitar again, not quite as well as before but not like a 2nd-grader either. I can hold a gun straight again, and I'm slowly - glacially slowly - rounding back into good shooting form. The operative phrase, I reckon, for the stroke is "no appreciable permanent damage." That's not only good news, but apparently almost never happens. The National Stroke Foundation (stroke.org) has a sobering set of statistics on the matter:

There's nothing I can say to imbue those stats with an additional sense of gravitas or drama; they speak, I think, for themselves.

So anyway, that's that. Wow, that was more detailed than I thought it was going to get.

The news that I referred to in the title of this post is this: After over a year of inactivity, I've updated my other blog, Peace, Love and Ammo. In that blog, and again here, I promise to update that blog a deal more frequently than this one.

Well, that's it from me. Go see a doctor if you haven't recently.