Close your eyes. Go ahead, I'll take the wheel. Close...close...very good. OK: I want you to imagine a scenario. Picture yourself as someone who reads sports sites. Further imagine my site, Red Sox 101, as the site you read most. 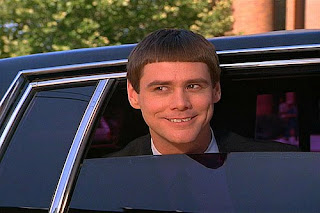 Listen, I'll cut to the chase, as this is getting creepier than I was expecting it to be. Here it is in a nutshell: I have to produce content more or less every day, but each month the team has three or four days off and I have to write stuff then, too. So I'm thinking about starting a sort of feature-ette that I can write about every day off or every time the news cycle gets a little slow - maybe Great Red Sox Through History, descriptions of famous (or infamous) games with historical content, or my current favorite, "Baseball's Most Successful Jews." I like that one because it's going to be short.

But I think what I'm going to go with is a post articulating and explaining two or three of baseball's unwritten rules, and maybe how they're interrelated. For example, there are a bunch of unwritten rules around not "showing up" a pitcher: don't swing at a 3-0 batting practice fastball down the middle. Don't steal a base if you're up or down by more than five runs. Don't "dig in" too firmly with your cleats as you stand in the batters box. If you hit a home run keep your eyes down and trot quickly around the bases.

Likewise the pitcher is bound by unwritten rules based around doing what he has to do as well. If you're going to drill somebody, take a few miles off your fastball and drill him in the ass. Pitches high and tight should miss. If you hit someone by accident, for God's sake don't EVER apologize.

That sort of thing sound remotely interesting? It's a serious question. Sometimes my geek filter turns silent when I need it most. So I'm relying on youse guys! Let me know if you think it's a good idea. Also, if you have any suggestions for something to write about on rainy days and off-days - they always get me down, you know - I'm all ears.

On a personal note, I am in 31 flavors of gastric distress as I sit here on the couch. It was probably the fact that I saw Josie today, about which more later, but it could also have been the gigantic pile of fried fish and onion rings I had at the roast beef joint where she, Ursa Sucrosum and I had dinner. Oh, now that I think of it, I made fun of a guy in the men's room who was passing a watermelon and was making the whole standard array of noises. Funny for regaling a 12-year-old kid but in doing so I clearly angered the gods of poo. Why do I inflict this damage upon myself?

Anyway, let me know what you think of my little idea, and until next time, please remember the unwritten rule regarding clubhouse etiquette: if you're a rookie, don't take the last blueberry muffin. What are we, animals?

Here's What I Find Myself Thinking About This Morning

When I was just entering adulthood, in the late '80s and early '90s, the Bruins were a great team - absolutely dominant but never quite able to get it done, despite two attempts in '88 and '90.

The Bruins had a Hall-of-Famer at the blue line in the person of Ray Bourque, the best defenseman since Bobby Orr. Up front they had another Hall member: Cam Neely, the man who invented the position of power forward in the NHL. Adam Oates came on board and scored 142 points in his first full season. Glen Wesley was a top-flight defenseman who nonetheless scored 19 goals in 88-89. They had an above-average second tier of players too: Ken "the rat" Linseman, Randy "stump" Burridge. But conventional wisdom of the day was that the GM of the team, one Harry Sinden, was too much of a cheapskate to provide that one extra player who could put the team over the top.

So that's who I'm thinking about today: Neely. Bourque. Oates. Craig Janney. Bob "Swoop" Sweeney, whose ass I kicked at poker one day (straight chaser). Don Sweeney. Dave Christian. Ken Hodge (the younger). Men who were proud to wear the spoked B and who came really close, but just couldn't quite put it together.

Some other things I'm thinking about at 4:30 in the morning, a night where I'm sure sleep won't be coming along any time soon:

Anyway, there you go. Until next time, please remember the 2010-2011 Boston Bruins, Stanley Cup Champions.

...But I'm still just stunned. This thing belongs to Boston this year: 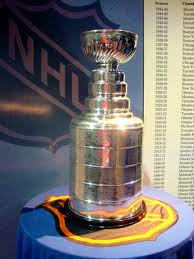 Start Watching Dr. Who, and Do it NOW

I'm not a big sci-fi fan, but my oh my, Dr. Who just keeps getting better and better. This last episode, their last until midsummer, was the best 60 minutes of television I've seen in a loooooong time.

Most of you guys know I'm a Bostonian, a Red Sox and Bruins fan. I may have implied once or twice that I don't particularly care for the Pats, even though I like NFL football in general, or the Celtics, because I fucking hate basketball. Sure, their contributions to the whole "City of Champions" bullshit that's been flying around for a decade are a kiss on the ass of my hometown, which is something. The rest of the sporting world hates Boston with surprising passion, and that's something else. But I only got jubilant in 2004, and again in 2007, when the Red Sox fulfilled 86 years of blah blah blah.

My other writing responsibilities at redsox101.com ensure that I take in, usually more than once, every inning of every Red Sox game this year. And, rounding as they are into prime form, it's been fun to watch. I expect big things from the 2011 Red Sox this year. And having won it all twice in recent memory is great. But - that's pretty much it for me regarding fulfilling The Sporting Jones.

My point is that even though the championship rings have been flying around the Hub of the Universe with some regularity, I always felt that, as a Bruins fan, I could not Drink Deep of the Chalice of Universal Contentment and Perform Other Important Allegories until the Bruins won the Cup. And from where I sat, it wasn't going to be any time soon.

I got my Bruins seats, as I've said before, during the lockout that cancelled the 2004-2005 season. When I started hearing rumors of the two sides being close to an agreement I pounced, and got a cherry pair of seats for not a lot of money.

Unfortunately the Bruins were reintroduced with such luminaries on its roster as Brad Isbister and Jiri Slegr. What to know how bad it was? HAL FUCKING GILL was considered a marquis player. they managed 74 points in an anemic season that was good for last place in the ex Adams Division.

But they didn't suck the year after that, 2007-2008. They had Savard and Chara and Bergeron was really coming in to his own. And finally after three years I got a set of playoff strips from the Bruins. And sure, they lost in the first round, but they took the first-place Canadiens to seven games and overachieved admirably.

And since then they've made the playoffs regularly but until this year weren't able to get out of the second round, finding new and awful ways to lose each year. Like when they were 3-0 against the Flyers last year and blew it in seven.

And now they're in the Stanley Cup Finals. And what's more, they're two games away from winning, and they have 100% of the momentum, the hot goalie, and apparently the winning formula for beating the fast, talented, better Vancouver Canucks.

They're two games from winning, my friends. If they win, if they skate that god damned Cup around the ice, I...