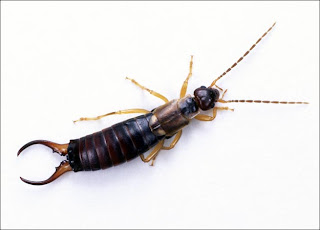 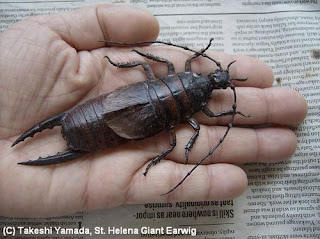 This guy wakes up one morning,and staggers to the bathroom, where he looks in the mirror and sees this little red raised bump right in the middle of his forehead. He puts some alcohol on it and forgets about it.

Next time he's in the bathroom it's only four hours later but the bump has elongated and has a bright red tip to it. He starts thinking about it, so that he can't get any work done. He ducks in the bathroom an hour later just to look at it and to his horror that it's taken on the appearance of a tiny penis, just jutting out of his forehead.

The Doctor examines him and says, "Well sir, this is exactly what you think it is; you're going to have a penis out of the middle of your forehead, and we can't operate."

"Oh my God!" the guy says. "Are you telling me that every morning for the rest of my life, when I look in the mirror I'm going to see this stupid penis on my forehead?"

It Could Have Gone the Other Way

Sometimes I have to convince people that there is still an antisemitic bent to some people right here in these U S's of A. Many are incredulous; some will look me in the face and flat-out call me a liar and accuse me of holding on to the past.

The fact is that there are whole huge areas of the country - Dixie, for example, roughly speaking the southeast quarter of the US - where I would not feel comfortable living. Because not only am I a religious atheist, and that's bad enough, but anthropologically I'm a Jew, and those who have met me or even seen my picture know it: My face is a map of Jerusalem, for god's sake.

The good news is that it's going away - people are letting go of the whole Christ-killer thing and looking favorably on a race of people that have a strong sense of family, keep up their yards (or pay someone to), don't generally have their hands in someone else's pocket, and, let's face it, are too timid to be good criminals. Antisemitism is on the decline, and that's a good thing.

An even better thing, and this is a VERY good thing, is that antisemitism was never state-sanctioned, as was prejudice against African Americans (don't think it was ever government sponsored? The slave trade was sanctioned and legalized in the Constitution, the highest law of the land, until 1808 - and "separate but equal" was the law of the land as recently as 1954).

But it never was like that; from the very beginning, it was never like that. Now some of you may say, "of course - the Pilgrims came over here seeking religious freedom." You may say that but my God would you be wrong. The Pilgrims came over here looking for a place to practice their own incredibly intolerant and strict religion, a religion so severe that the notoriously laid-back Dutch, after having a smoke and a pancake, a bong and a blintz, a pipe and a crepe, threw their asses out. Stop getting your history from a first-grade recounting of Thanksgiving.

No, the fact is that if President Washington were of a less tolerant bent towards the Jews he could easily have institutionalized some form of antisemitism, be it outright or wink-and-nod. But he didn't - not only didn't he, but he set down a precedent for tolerance towards the Jews that, I'm happy to say, remains to this day.

What happened was, this cat named Moses Seixas, who ran a synagogue in Newport, Rhode Island, wrote to the newly-elected President Washington to congratulate him and to indicate his congregation's support. Washington wrote a letter in response that formally established a policy of goodwill towards the Jews, something that had never before been done. It reads, in part,


[T]he Government of the United States...gives to bigotry no sanction, to persecution no assistance...May the children of the Stock of Abraham, who dwell in this land, continue to merit and enjoy the good will of the other Inhabitants; while every one shall sit in safety under his own vine and figtree, and there shall be none to make him afraid.


The letter goes on to say that all the Jews have to do to retain the continued goodwill of the country is to be good Americans, and all would be, you should pardon the expression, kosher.

So thanks, President Washington. Listen, I got a guy in the tooth biz, he could hook you up with a set of false teeth kind of cheap...
Posted by crafty at 8:20 PM 2 comments: