Besides a giant hickory tree that serves as the boundary between my next-door neighbor and me, most of the trees on my little patch of Shangri-La are oaks.  For those who've never been, which is most of you (I hope), we bought this house, Tootsie and I, because of its uniqueness: The guy who built the house did so on a triple lot and then some, and let most of the land grow free, so I have this little patch of woods, almost an acre's worth, right in the middle of suburbia - it's actually pretty cool. In the summer it fills out such that I can't see any of my neighbors from my back yard. 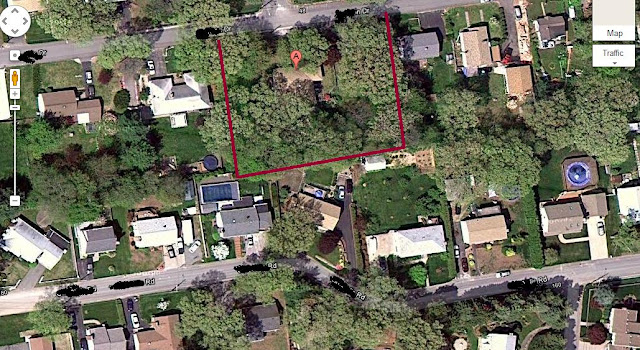